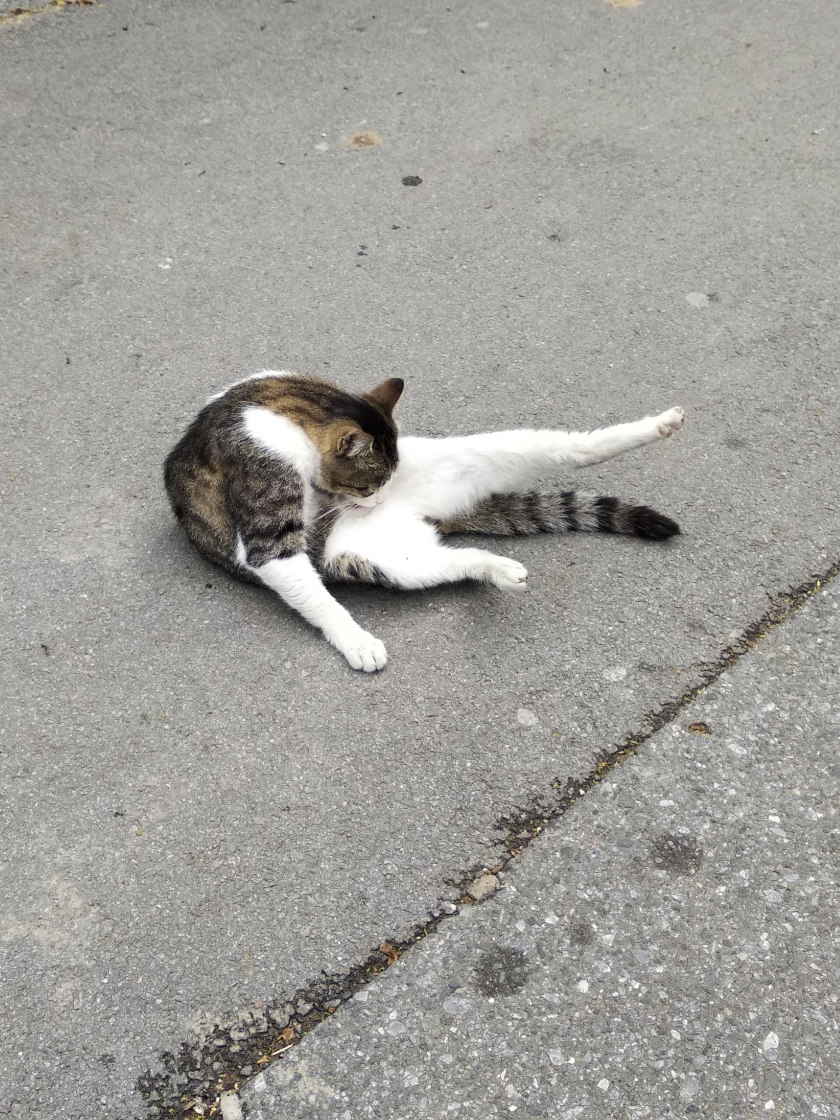 It’s been a while, so, (checks the last news post, and the posts after that one), oh, all right…

I’m back to freelancing. Things are going a bit slower than planned, but then again, I always plan too much, especially considering that I’m still a bit tired, and that I can’t remember when was the last time I’ve slept for 8 hours. So, not just a bit tired. Anyway, I’ve created an account on another freelancing platform, activated the one on the old platform, got some new ideas, I’m trying some new things out… We’ll see how it goes.

Other than that, I’ve finally managed to read some books. Yay! Many of them are in Serbian, so they won’t mean much to you, but if Poslednji cirkus na svetu by Branislav Janković (the short translation of the title would be The Last Circus) ever gets translated into English, read it! It’s about ten angels who have spent about 2,000 years among humans, in not-so-angelic bodies, in order to get to understand people better, and then to judge them when the Judgement Day comes. They tell their stories, how they’ve learned to despise and hate humans, but also how they’ve learned to love them (not in a romantic way). It’s a tricky and ambitious concept, but the author makes it work.

And books in English? The Girl in the Tower by Katherine Arden was lovely (and I got to see the author in person when she visited Belgrade, and she’s wonderful!), do read it if you enjoy fantasy and fairy tales. Old Man’s War by John Scalzi was even better, even though I prefer fantasy to military sci-fi, but then again, this was no ordinary military sci-fi: Scalzi takes it a few steps further and examines some serious matters (think ethics, human identity, identity as such), while keeping it fun at the same time. You might like it even if you don’t normally read or enjoy military sci-fi.

I also finally got a chance to watch some TV series. The second season of American Gods is over, and sadly, the second half of it wasn’t as good as the first half, or the first season. Then again, there will be the third season, and I hope for a better one. There was some fun, and I did like the development of the Technical Boy, but still, I hope for a better third season.

Game of Thrones? I’m watching it, of course, and I’m not as unhappy with it as some loud people on the internet, but it might be because I’m mostly waiting for it to end and to see how it ends. Pale rider on a pale horse was a nice touch.

I’ve watched Castle Rock (recommended), Love, Death and Robots (the quality varies between the episodes, but overall, it was pretty good), The Little Drummer Girl (good if you like John le Carré, thrillers, dramas, or Alexander Skarsgard), and My Brilliant Friend, made after Elena Ferrante’s novel of the same title (if you want a series that is basically the same as the novel, this would be a good choice).

It’s officially spring, but it’s way too rainy (and often too cold) for my taste. Still, we do have pretty flowers.

I had computer problems and had to have OS reinstalled (think having to make a backup first, and spending a few days doing it, because your computer is that slow, which is why you need to reinstall the OS, but can’t do it before you make a backup of everything important…). It wasn’t fun, but all is good now.

There’s a Starbucks in Belgrade now!

I’ve got a new haircut, I’m going back to my natural color!

Well, that’s it for today; I might write about the series I’ve mentioned the next time.