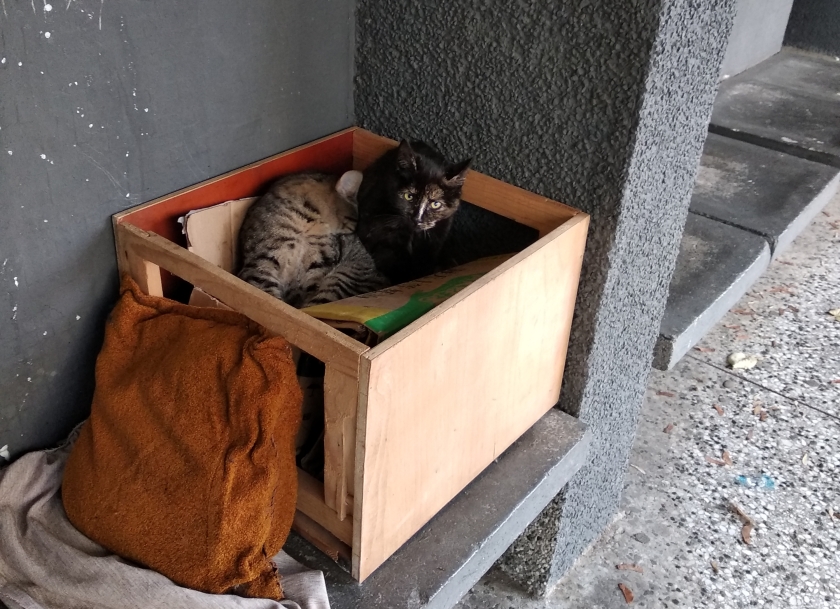 It’s the end of the year as we know it…

The New Year is almost here (or is behind is already, depending on when you’re reading this). The pandemic isn’t over yet. I’d say that the war isn’t over yet, either, but there are always wars going on, they just get noticed less because of their location.

Personally, I’ve had better years, and I’ve had worse ones, too. So did everyone else, making me nothing special. Which I already knew.

Nothing special happened this month. There wasn’t much work, my health was lousy (will I ever not feel exhausted?), I got another covid shot (the Moderna bivalent one this time), and I’ve been reading (though not as much as the last month) and watching stuff (a bit more than the last month).

That’s about it. So…

Currently reading: technically speaking, I’m reading two books. As in, I started reading two books, and haven’t finished them yet. And then I started watching TV series. Those two books are Odakle sam bila, više nisam by the late Dejan Tiago-Stanković (something between a story collection and a novel, it’s nice so far) and Light from Uncommon Stars by Ryka Aoki (a fun combination of a few different things, or would be, if I was able to focus on it; it’s our monthly book for the book club, and I’m late with it).

Recently read: Doktor Metuzalem by Vladimir Kolarić (a metaphysical crime novel by a Uni classmate of mine, plus a political thriller, plus a bunch of other things, all interesting), Niko nije zaboravljen i ničega se ne sećamo (No one is forgotten and we remember nothing) by Mirjana Drljević (another Uni classmate of mine, this is her first novel, and it’s darn good, both as a detective novel and a story about the consequences of pushing things under the rug, so to speak), Đavolski dobar bluz (Darn good blues) by Ivan Nešić (playing with the legend of the guitar player who sold his soul to the devil), Varoška legenda 3: Neman (The Town Legend part 3: The Beast) by Tajana Poterjahin (the last part of the trilogy of historical novels, and while I didn’t expect it to end like that, the ending makes perfect sense), Estoril: Ratni roman (Estoril, a war novel) and Zamalek: Roman o kismetu (Zamalek, a novel about kismet) by Dejan Tiago-Stanković (both good, in different ways), Mrtvi na dodir (Dead on touch) by Ana Marija Grbić (a dark, unusual novel written by a poet), and I ravnodušnost je ubila mačku (Indifference killed the cat, too) by Tamara Đenadić (weird (and good!) short stories; no cats, though, except on the back cover of the book).

Currently watching: Guillermo del Toro’s Cabinet of Curiosities (the quality of the episodes varies a lot, but there’s good stuff there) and What We Do in the Shadows, season 4 (still fun). I’m not sure I can say I’m also watching the fifth season of The Handmaid’s Tale because I stopped after the third episode, and don’t know when I’m going to continue.

Recently watched: finished watching Wednesday, and loved it. As long as you remember that it’s not an Addams Family series, but a spin-off that’s more like a supernatural YA, it’s really (darkly) fun.

Currently working on: it’s holiday time, so nothing, except for a few blog posts.

And that would be pretty much it.

Happy New Year, everyone! Try to have some fun!